Hi all! I hope you have had a lovely weekend. It was funny weather wasn’t it? So bright and sunny and then pouring down. It was down in London at least. So, how is Evil Badguy Fantasy RPG going?

I’m reaching the final stages of what I can do directly on this project myself, and the last changes throughout the coming months are mostly coming in the form of music from my brilliant composer Odinn Hilmarsson, art from my new and talented artist Lucy, and UI improvements from my UI person (possibly a programming wizz called Tom, this is very much TBC).

I now have sketches of actual potential imagery in the game. Yay!

Most of this weekend has been spent doing tweaks, and preparing the ground for the next pieces to come in from my team. I had the good fortune to run a testing session on Friday in Google Deep Mind’s King’s Cross office with professional game tester Sarah York, which gave me some sweet ideas for interface improvements. I’ve been hearing quite a bit of “you should take these to game events” style comments lately, so you may be able to find me at some games fairs at some point! But the main priority is getting this game as good as it can be. This is where you can get involved – yes YOU!

I love testers, and testing sessions are super useful, so if you want to experience this game yourself for free please email me at mungotattonbrown at gmail dot com. I’ll cook food for you or buy you dinner too.

I also made the imagery for this low-res crystal ball this weekend. You can steal it. You twat.

If you want to check out one of my games right now, why not play Marketforce!, my satirical office-work RPG for PC, or Jaguar, a browser-based political thriller you can play on any platform. 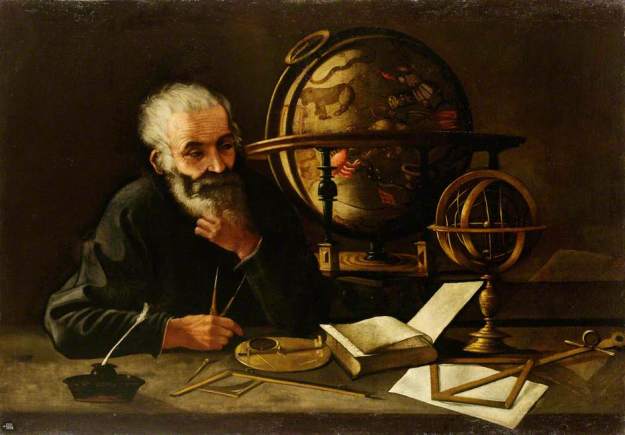 Today I’m going to do what well-loved philosophers do and discuss a topic in entirely hypothetical terms, with no evidence for my claims, based on questionable assumptions. If you don’t like this then leave now. Fly away little bird, spread your wings! Or stay. Please stay. I’ll make you pancakes.

A couple of years ago, in a new job, I was given a bonus for some work I contributed very little to. I understood the bonus structure and it looked like the bonus had been given to me in error, due to an administrative technicality. Instead of accepting the bonus, I investigated. I told those above me about the problems with the bonus and we all agreed, it was undeserved. It went back into the company money chest and I never saw it again. Fuck. Why did I do that?

For now, I want you to consider me giving back my bonus not morally but in terms of pure self-interest. In those terms, I had screwed up. I had willingly given up on money that I otherwise could have spent on vegetarian stir-fry and fishnet tights and cinema tickets. My moral compass had pointed in a different direction to my “what’s in Mungo’s interest” compass. This thought rested in my head like a tiny insect egg, where it remained and slowly grew, forgotten, for months. Then, a couple of weeks ago, as I was reading a book about pick-up artists, it hatched legs and started to wriggle around. Right now, I’m taking this thought-bug out through my eye with tweezers, placing it on my computer screen, watching it squirm and asking it about itself. (And I’m typing at the same time! Wow I must have such nimble fingers!) Whatever I ask the thought-bug, the response seems to be the same.

“Life is easier without a moral compass.” 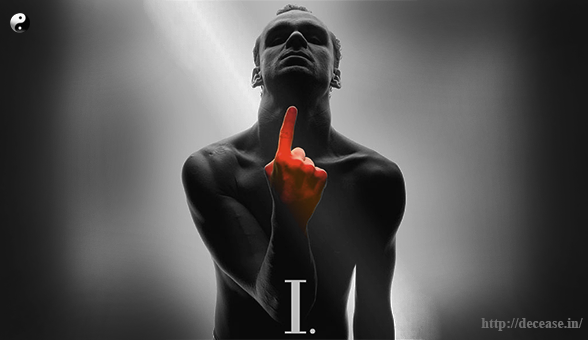 Me when I was a perfume model.

I want to be good. I like being honest and compassionate and conscientious. I think it’s probably also the right way to behave (although I am very confused about what morality really is, but that’s a topic for another time). At the same time I have selfish desires. Immoral urges. Devious demands. I want to take what I like, moral compass be damned. What would happen if I followed through on this?

I could be earning a lot more money than I do. I could eat meat. Juicy animal flesh. For breakfast. That’s about it really. I’m not going to go on a murder spree because even if I had no moral compulsions holding me back, there are so many ways it could go wrong. And if I killed people successfully, the bodies could be uncovered and brought back to me later.

(I just want to say here, I am not a psychopath, I’m a philosopher doing a thought experiment, and these are two distinct things. I’m pretty sure. Like, 70% sure.)

There’s no great fundamental moral conflict between what’s good for me and what’s directed by my moral compass. For someone in my circumstances, there just isn’t much pressure to do things I’m not morally okay with. This is in part because my main moral drive in my life is the same as my personal ambition – creating large quantities of interesting and engaging stuff and then sharing it with anyone who cares. Your aims and moral compass are probably different to mine of course. But what I want is mostly compatible with my moral aims and feelings.

What about interests besides being a content producer? Well, if I want to be nourished, I get there by learning a new good recipe. If I want to feel righteous then I just read and write about politics. Of course, I could be a dick about things. But how would that benefit me?

When my moral compass does point somewhere other than my self-interest compass, the distance isn’t usually very far. So, for example, being a vegetarian is something that I feel I should do, but I still get plenty of good food. And since I’m a vegetarian, when I go to a restaurant, I don’t have to stress about reading the entire menu to make an optimal meal choice. So it’s not even all bad.

Food looks good. I’m not sure about the plates.

It’s at this point that I think to myself “what the fuck is the point of this blog post then?” and the train of thought falls from the tracks and starts tumbling down the hill of coherence, into the heavily wooded valley of gibberish, no longer destined to reach its station and secure a satisfying conclusion. Oh well. Might as well see what creepy monsters are hiding down here in the dark forest of distractions, haunting the wreckage of my dear beloved train of thought.

In answer to the first question, if your morality is extremely far from that of those around you, then plausibly it could be a significant burden from a self-interest perspective. Imagine you’re a liberal democratic humanitarian living under a Nazi government in a Nazi society that you know is killing millions of innocent people. Your moral code may say that the right thing to do is to try to blow up the leader. This is incredibly risky for you personally. If you want to have the best possible chance of success, then maybe you should go for suicide bombing. In which case this is the ultimate act of self-destruction based on your moral convictions. Moral compass and self-interest compass, in this case, point in very different directions. 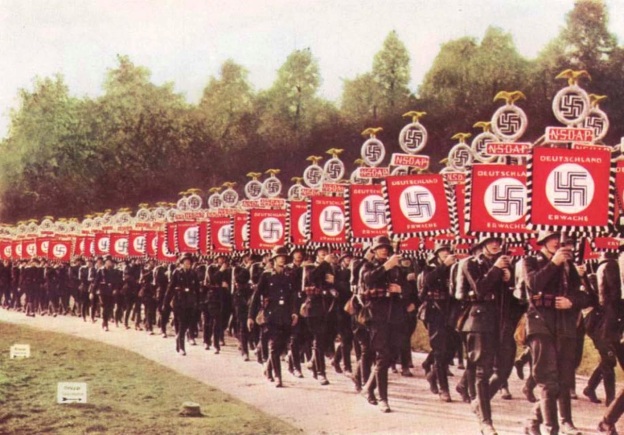 Not me. Not you either I hope.

In answer to the second question, in tough circumstances, it may well be that having weaker moral convictions is an advantage. Think of all the zombie movies where the bastard is one of the last people to die. If you didn’t give a crap, you kill the person who is bitten straight off. No questions. Save yourself. Easy. Don’t share your food. Easy. Hoard ammo. Easy. Someone slowing you down? Leave them. Easy.

Third, influential people. These ones are in the most conflicted situation. Their moral compasses make much more difference than anyone else’s. Yet these people can benefit most from ignoring them. That’s a recipe for a fucking mess. Think of your expectations of Donald Trump. Yeah, I don’t buy that people at the top pursuing their self-interest will magically help the rest of us. They might. Sometimes. But “we the people” are generally not all that well-informed or logical in our thinking. Politics in representative democracies is essentially driven by relationship management and marketing. (One reason why the left is screwed but I’ll go into that another time.) Whoever is at the top can be fantastic at winning people over and fuck things up completely at the same time. Why am I discussing this? Because my train of thought fell into a forest of distractions. Aren’t you following me? Are you stupid? What’s wrong with you? You fucking moron! I can’t work in these conditions! I’m trapped in a dark wood with an idiot! Where is the light?

Upsides. Wait, there are benefits to having a moral compass? To feeling compelled into following it? What are you Mungo, crazy? Yes, there are benefits. Take that, squirming thought-bug on my screen! I don’t agree with you! These benefits of a moral compass come because you and I aren’t rational decision-makers, but bundles of emotional rules-of-thumbs (and no I’m not going to back this up with evidence, I don’t give a shit I’m a fucking medieval philosopher okay, I’m Saint Thomas Aquinas and I fell off my train and I’m still trying to find a way out of this damned forest!). If you accept that emotional judgement comes first and then reason follows along after to justify it (okay fine read Jonathan Haidt’s The Righteous Mind, he backs this psychology up with studies and evidence), if you accept that, then you accept that emotional and moral frames matter. And because they matter, having and following an effective moral frame can be of great benefit to you, the person with the moral frame.

Moral frames can help us to communicate. They help us to act in a convincing moral way to others. What’s the best way of convincing someone that you’re honest? Get into the habit of behaving honestly. It’ll become second nature. The same goes for all your other moral aspects. Sure, some people are psychopaths, who understand what is perceived as right and wrong. They might be really good at lying. They can often get very far because of their fearlessness in morally compromising situations. But, they’re often undone by their moral flaws. How do you get good at lying? You have to lie all the time. If you don’t lie for a year, you’re going to suck at it when you try to do it. But if you’re lying to cultivate an ability to lie then you’re sowing a lot of weeds that could grow to mess up the garden of your well-being. 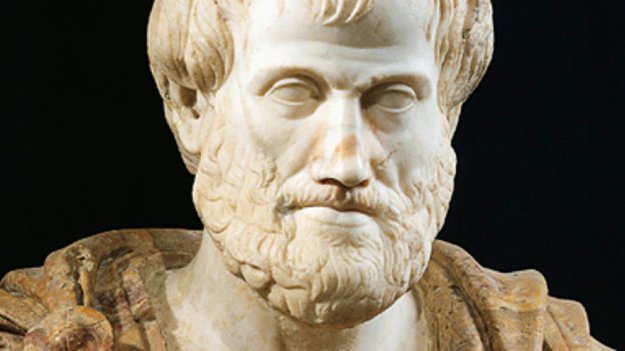 “We are what we repeatedly do. Excellence, then, is not an act, but a habit.” Me.

Was there a point to this piece? Have we left the forest of distractions? Can we find our way to the station of a satisfying conclusion? No to all of the above. I wrecked this train, and I am still wandering in the woods. I wander and wonder. What is the truth?  I do not know. I am a lost metaphor.